The LeDoux lab is currently working on a study that is influenced by Misophonia.

The goal of this research is to explore how the processing of auditory stimuli in the brain can go awry (leading some people have aversive reactions to stimuli that most people consider innocuous).

To gain a better understanding of how these averse reactions are controlled by the brain, we are building on our research over the past 30 years.  We have shown that the brain region called the amygdala is key to such responses.

One area of the amygdala , the lateral nucleus, is involved in receiving sensory inputs and another, the central nucleus, controls the expression of responses. Over-reactivity to auditory stimuli could be due to a hypersensitive lateral amygdala or an over-reactive central amygdala.

We will study animals that show exaggerated responses to auditory stimuli and will record activity in the lateral or central nucleus to try to determine whether the problem is due to hyper-sensitivity or hyper-reactivity.

If results are promising, we could pursue brain imaging studies in humans, to try to confirm that these results apply to humans as well, helping us to discover ways to treat the problem. 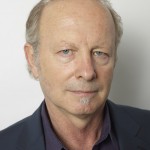 Dr. LeDoux is the Henry & Lucy Moses Professor of Science at NYU in the Center for Neural Science, and he directs the Emotional Brain Institute of NYU and the Nathan Kline Institute. His work is focused on the brain mechanisms of memory and emotion, and he is the author of The Emotional Brain and Synaptic Self. Dr. LeDoux has received a number of awards, including the Karl Spencer Lashley Award from the American Philosophical Society, the Fyssen International Prize in Cognitive Science, the Jean Louis Signoret Prize of the IPSEN Foundation, the Santiago Grisolia Prize, the American Psychological Association Distinguished Scientific Contributions Award, and the American Psychological Association Donald O. Hebb Award. Dr. LeDoux is a fellow of the American Academy of Arts and Sciences, the New York Academy of Sciences, and the American Association for the Advancement of Science, and is a member of the National Academy of Sciences. He is also the lead singer and songwriter in the rock band “The Amygdaloids”.

Misophonia is not just a chewing disorder!

Exploring The Amygdala’s Role in Misophonia